“You have changed!”  Those words cut right through me just as they were meant to do, they were supposed to hurt, supposed to turn me into a blubbering mess of tears and make me sad that I did not want to join in on the so called ‘fun’,  but just as I felt the tears welling up in my eyes I heard another voice but this voice was kind,  “you have changed”,  God whispered.

I stopped crying sad tears instead they turned to tears of happiness as the truth began hitting me like a ton of bricks….Yes it was true, I had ‘changed’

Rewind this story back to 3 and a half years ago…

Three and a half years ago I became a Christian.  Three years ago I loved wine and I believed it was okay if I still drank it.  I loved going to winery’s and always had a glass with my dinner.  I had that glass every night with dinner and then I had ‘only’ two more glasses after dinner.  Did you know that a normal sized bottle of wine holds  three glasses of wine??  Try it if you don’t believe me, one bottle of wine will fill up only 3 glasses.  If I told someone I had three glasses of wine it did not sound like much, but If I said I drank a whole bottle of wine every night then… well you get the picture.  I thought I had everyone fooled but really I am pretty sure I was only trying to fool myself in thinking I only had three glasses of wine a night.

Fast forward one year (This was 2 years ago)

That morning I woke up finding myself in a heap on the bathroom floor with a headache so bad that it made me wish I had never waken up.  My insides were sore from the vomiting and my mouth felt like I had huge wads of cotton in it.  I wanted to die right there on that floor I felt so awful.  Small bits and pieces of the day and night before began flooding my mind… being at the winery with friends, a trip to the Elks lodge for tequila shots and shuffleboard to the home of our friends for more wine and a spaghetti dinner.  I vaguely remember going home because I did not feel well, then a flash of me standing in my front yard vomiting.  Patches of my memory were gone and I kept thinking “how did I get on this bathroom floor?’

Finally feeling some better now but still feeling like a truck ran over me I signed into facebook and there on my wall tagged for everyone to see is a picture of  me very drunk showing off for the picture! Its very obvious that I posed for the picture though I do not remember even having that picture taken.  I had a tequila shot in one hand glass of wine in the other….oh won’t my mother be so proud of me!(sarcasm).  The truth is I was so embarrassed I hoped so bad she hadn’t saw it or any of my non-party friends…..

Fast forward another couple of hours…

I Still had the killer headache but I was finally recovering from the hangover, I had removed the facebook picture and hopefully not to many people had seen.  I was finally thinking maybe I had gotten away with my behavior though I was asking myself if  it was really worth it to feel so horrible for hours for just a few hours of so called ‘fun’?  and then it happened… my phone beeped, “you have a text message from your sister” it said…I open the message and the minute I saw it I started crying.   To my horror there on my phone screen was a picture of my laying on the bathroom floor sleeping with a message that says “looks like someone had a good time last night”.  Someone in my family had taken a picture of me and sent it to her.

That was the moment I truly saw who I had became.  I was a mess and I did not like the lady I saw in that picture.  I was a liar and I was so disgusted with myself I wanted to start puking all over again.  Seeing that picture was what helped me see the real me.  That was the day I realized if I was going to be a follower of Jesus I had to change. That was the day I realized it wasn’t fun to drink.  I was drowning myself in the alcohol thinking it was going to help me to have a good time.   It was  fun for about the first hour when I felt tipsy but after that it was all a blur,  lost memory, puking and a killer headache, Not exactly my proudest moment…. I was ashamed of myself.

For those who know me in my life outside of the blog world many will be surprised to read this story because I always have been a responsible person.  I never drank and drove.  I never drank at work.  I functioned in the world as a pretty upstanding citizen.  I was a closet drinker most of the time. I usually drank starting with dinner never getting drunk until after everyone else was asleep.  With the exception of the partying with friends on the weekends nobody really knew about the weeknight drinking except my family.  I thought that partying with friends was  ‘acceptable’ because they did it too. We all used to joke about it and call ourselves “functional alcoholics”, when truth is I just needed an excuse to make my behavior acceptable, which I know now it wasn’t.

The day I woke up finding myself in a heap on the bathroom floor was the day I knew it was time to change.

Shortly after that day I found this a scripture it told me to fill myself with God and also reminded me that He was all I needed.

Be very careful, then, how you live—not as unwise but as wise, 16 making the most of every opportunity, because the days are evil. 17 Therefore do not be foolish, but understand what the Lord’s will is. 18 Do not get drunk on wine, which leads to debauchery. Instead, be filled with the Spirit,19 speaking to one another with psalms, hymns, and songs from the Spirit. Sing and make music from your heart to the Lord, 20 always giving thanks to God the Father for everything, in the name of our Lord Jesus Christ. Ephesians 5:15-20

That was not the end of my story… I know that for the rest of my life I will be faced with choices to make and with those choices will come consequences of my actions.  They can either be good or bad depending on what I choose.  Since that day I have chose Jesus and plan to keep choosing Him.  He is all I need.

If you are struggling with and addiction or have ever found yourself in a heap on the floor over anything, I hope my story will somehow give you hope, for it is with Jesus that we can do anything.  He will take your pain away and he will give you the strength you need to get through whatever it is you are going through.  I know this to be true because I have lived it.

One last verse before I close…

For I can do everything through Christ, who gives me strength… Philippians 4:13   This seems to be my life verse I say it quite frequently.

You can and he will…All you have to do is ask…. 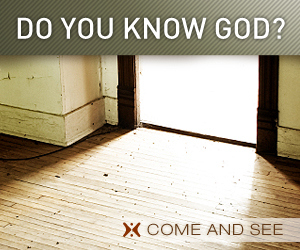 Enjoy this song by Kutless… I’m a believer in Jesus’ power are you?