When I was a little girl I had a lot of Barbie dolls. I liked Barbie. Barbie was pretty and she had great clothes with matching shoes and purses.  She had campers, swimming pools, houses and a lot of friends.  Throughout my childhood years I accumulated a lot of Barbie’s friends and her stuff. I really liked Barbie!

I had a brother who was close to the same age as me and he had lots of cars which I thought were cool and way more fun!  They had all different kinds of cars and one of my favorites were SSP’s Do you remember SSP’s? SSP’s had a stick you fed through them. After you had the stick all the way through you pulled it back out as hard and fast as you could pull which would cause the wheels to spin and then you had to put it on the ground really quick where it would take off all by itself! The coolest SSP’s that my brother had were the Smash up Derby set. How many of you remember Smash up Derby?  If you don’t remember then let this video refresh your memory 🙂

Now that WAS cool!

Another type of car that I loved was those little Matchbox and Hot wheels cars.  My brother and I would have the yellow track draped all over the house and in the summertime we spent most of our days outside crawling around on our hands and knees in the dirt building cities and roads.  We had great imaginations. We would smooth the dirt into roads that wound in and around our cities with houses and gas stations made out of cans, rocks, sticks or just anything we found lying around.  We had bridges made of 2 x 4’s over lakes made from holes filled with water from the occasional rainy day.  Speaking of rainy days…. rainy days where awesome because that was the end which was really the beginning of sometimes a whole new city being built because the rain would wash our roads away and we would have to rebuild.

Playing cars was so much fun! Way more fun for me than playing Barbies.

Now I have another confession to make….

Though I am all grown up now I still like to play with cars. I have 3 grand kids, 2 of which are boys. The oldest boy, Mason,  is 3 and he just  became interested in playing with cars. Recently every time I babysit him he wants us to play cars together. (Here comes confession #3) I would rather babysit at his house because he has a lot of cars and he has a big rug in his room that has a city and a road on it!  He not only has cars but he has helicopters, airplanes and farm equipment.  I get excited just writing about it because now I have an excuse as an adult to play cars again.  I ‘have’ to play with my grandson.  Actually I would love playing with my grandson even if we didn’t have cars but the cars are an added bonus 🙂

When I was a little girl there were times we did not have a lot of money but we still always had toys.  About a year and a half ago I visited Haiti with Compassion.  While we were there we were at a church service and a baby behind me dropped something which I thought was his toy.  Upon reaching down to pick it up I realized it was not a toy, it was a Christmas ornament. His family had no money for things like toys and to them a Christmas ornament made a great toy.  In my country a Christmas ornament would not be even close to being a toy but that is what they had to play with and it made that baby very happy just as cars made me happy as a child.

While in Haiti I also visited a home of a family who had a lot of kids and now that I think about it I don’t remember ever seeing any toys in that house though they had a lot of children. What I did see that day was a lot of love in the children and in the grownups.  The family we met that day did not have a lot of stuff but they did know and had the love of Jesus which they seemed to be pouring all over us.

Yet to all who did receive him, to those who believed in his name, he gave the right to become children of God—   John 1:12

That knowledge is so freeing to me.

He said to them, “Let the children come to me. Don’t stop them! For the Kingdom of God belongs to those who are like these children.  I tell you the truth, anyone who doesn’t receive the Kingdom of God like a child will never enter it.” Then he took the children in his arms and placed his hands on their heads and blessed them. Mark 10:14-16

Since I am talking about Kids today I would like to share a new children’s magazine with you from Compassion  called Compassion Explorer. Compassion Explorer is full of powerful resources for parents and fun crafts, games, recipes and devotionals for kids, all which help teach children about the compassionate heart of God.  You can get a free 1 year subscription by clicking this link ->  Compassion Explorer Magazine  .

I will have to warn you that I ordered this magazine for my grand kids and actually enjoyed it so much myself that I had to order another copy just for me! (I think that may have been confession #4 🙂 )

Since I am sharing confessions with you today before you leave I have a question for you….

What did you love as a kid that you still love today?

Please leave your answer in the comments below I’d love to know.

Have a blessed day,

P.S.  If you would like to get more information about sponsoring a child through Compassion you can click the picture below 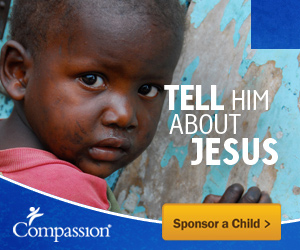