At the beginning of the month of April a hole appeared by the side of our front porch that we thought belonged to a mole. Moles are a constant problem where we live but they usually stay out in the grassy area of the yard and don’t usually come in the areas where we have flowers and bushes.

Each day the hole would get bigger and each day my husband would fill the hole with dirt and put rocks and things on top of it but the next day the hole would reappear again.  This mole also seemed to be a little different than our usual moles not only in the fact that he came up close to the house, but he would also bring leaves to the hole which would be piled all around and mounded on top of the hole each morning.

About two weeks into April we noticed that we had a lot of chipmunks running around our porch area and it was then we realized that the hole did not  belong to a mole after all, but instead, we decided that it belonged to chipmunks. 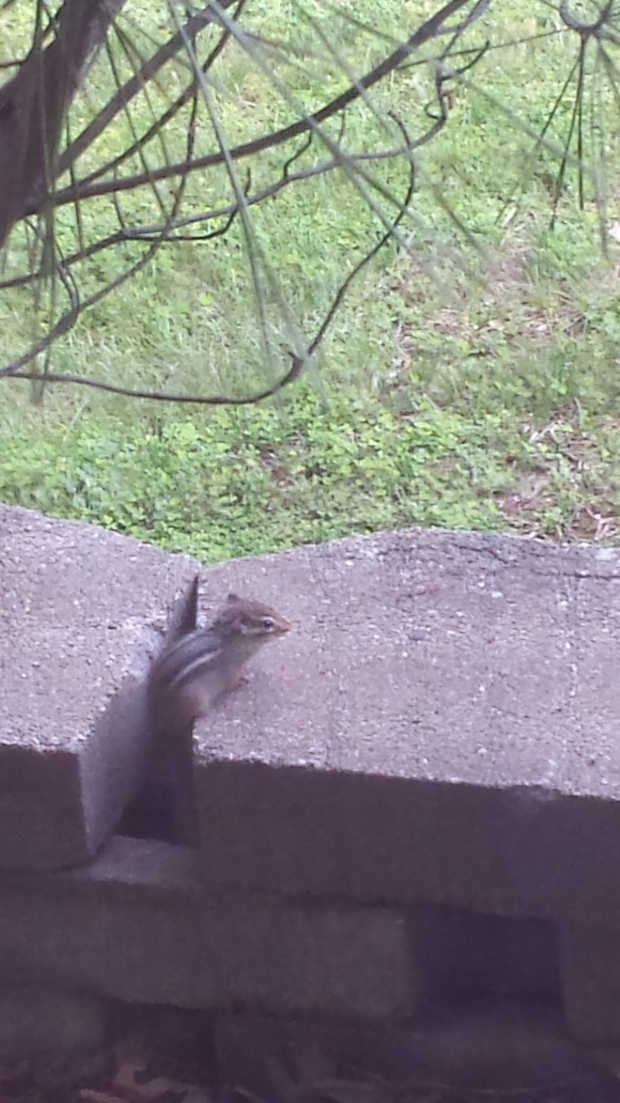 Even though the chipmunks were cute my husband still kept trying to get them to relocate somewhere else because they were now beginning to dig under the porch.  Not only did they make a huge mess with the leaves and dirt each night but he also worried if they kept going under the concrete porch that they would eventually cause the porch to have structural problems.

About a week and a half ago my husband had just left the house to go to town when he called me from his cell phone and told me to look out on the front porch that there was a baby skunk on the porch. I looked out and sure enough, there it was… such a cute little thing. 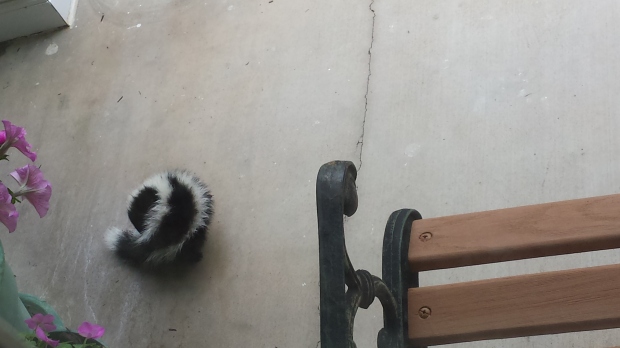 A few minutes later I realized he also came with a brother or was it maybe a sister? 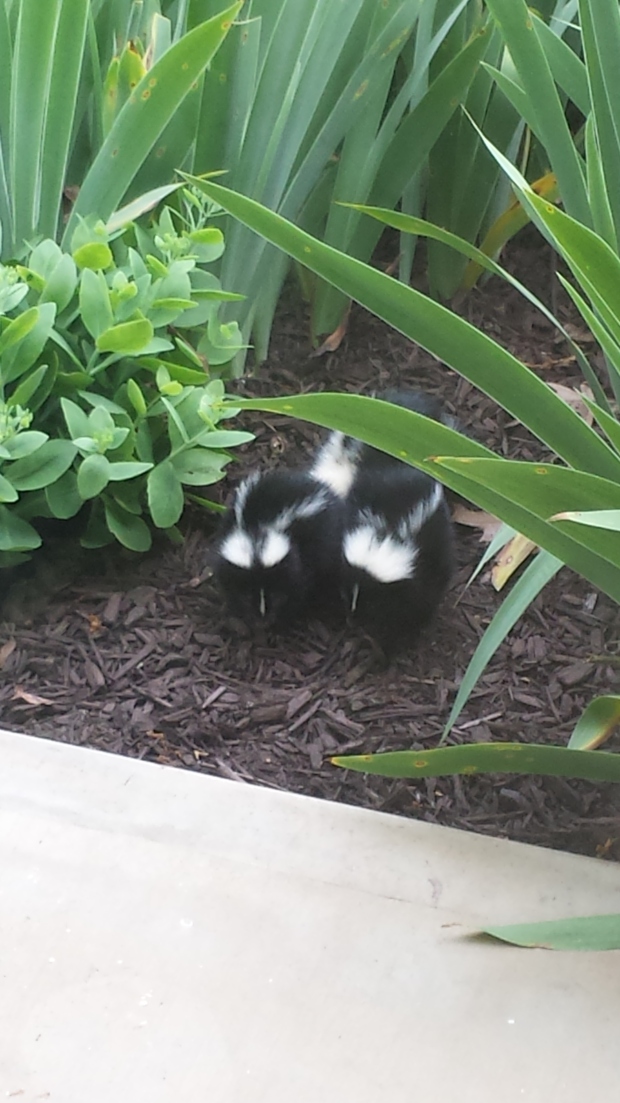 and then a suddenly two baby skunks turned into three baby skunks. Then the third skunk decided to go to the side of my porch and down in the hole that we thought had been a chipmunk home and he returned back out with baby skunk number four! Oh how wonderful we had a whole skunk family!

Or maybe not so wonderful…

Yippee! our skunk troubles were over!

And then yesterday I noticed this guy on the front porch. 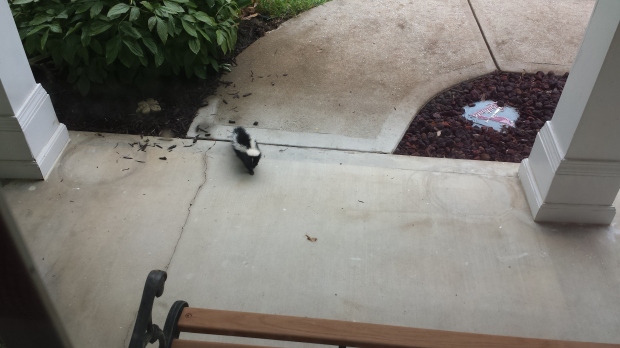 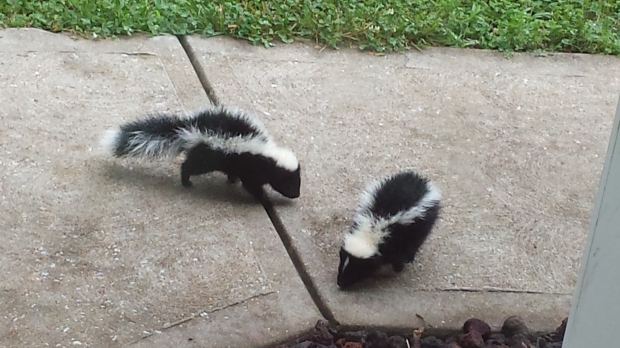 and then there were three… 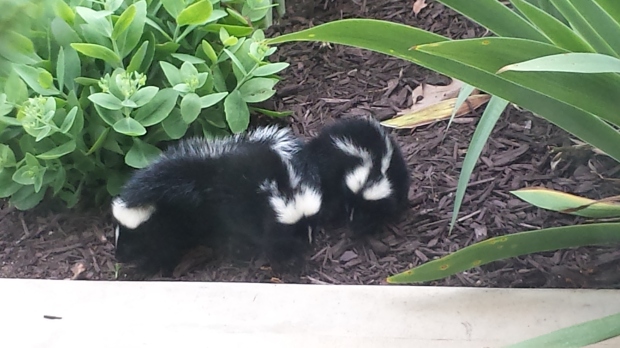 Awesome!… or maybe not…

I love nature and cute baby animals a whole lot, but to be honest these guys are just a little bit to stinky for me  🙂