I have two jobs.

But I fly anyway.

My answer is…I fly because I have chosen not to let fear consume my life and stop me from missing out on the good stuff. Dealing with the fear is always worth doing because what usually waits at the other side of the plane ride is usually something fun and exciting. I love to travel, I love seeing different places, experiencing different cultures and just going places that I have never been.  I am not sure how I could experience all that awesomeness without flying so I swallow my fear and make myself get on the plane.

Though I say I am afraid to fly my fear is not quite as bad as it used to be and I have actually come a long way.  Years ago I when I flew I would close my eyes the whole time the plane was taking off  and pretty much hid my face under my sweater (because everyone knows that hiding under a sweater will save your life if the plane crashes). Once the plane was at cruising altitude then I would just sit in my seat frozen in fear the whole time counting down the minutes until landing.

One time on a flight to the Dominican Republic the plane we were on hit an air pocket just as we were preparing to land and the plane felt as if it did some sort of free fall for miles with the captain seeming to lose control for what seemed like forever.  He finally got it under control but then it happened again! It was nighttime and did I mention we were about to land??! I thought we were going to smash into the ground any second… but we didn’t.

Also to top that off during that week while we were in the Dominican Republic it also happened to be the week that a plane in New Your City hit a flock of geese and Captain “Sully” Sullenberger safely landed the plane into the Hudson River (story here), so the whole time we were in the DR every time I turned the TV on I would see news coverage about the plane and by time we went home I was petrified to fly home and just knew we were going to hit a flock of geese on take off.  I got on the plane anyway and we made it home safely as you have probably figured out by now, because if we hadn’t you would not be reading this story

I have flown many many times since then all of them without incident but I am still fearful of flying. I have come to the point that I still don’t like taking off a whole lot but once the plane is up I am okay. . A friend once told me to try to imagine when I am in a plane that I am just sitting in a room.  That theory seems to work pretty well as long as we don’t hit any turbulence… most rooms I have been in do not move unless there is an earth tremor or…..unless they are in the air at 37,000 feet!

This past week my husband and I went to Mexico.  On our way home the plane wasn’t full so my husband and I ended up with a whole row of seats to ourselves.  One thing I never do on a plane is sit in a window seat because I just can’t bear to sit so close to the edge of the plane (Ya I know… you just rolled your eyes 😀 )  About halfway through the flight my husband got up to go in the bathroom and I am not sure why I decided to do this, but I bravely moved over into the window seat while he was gone.

I only planned to sit there for just a minute but then I glimpsed out the window and I noticed how the clouds seemed to be flat, almost like a fluffy white blanket and we seemed to be gliding along on top of it.

I got out my camera and took a picture. 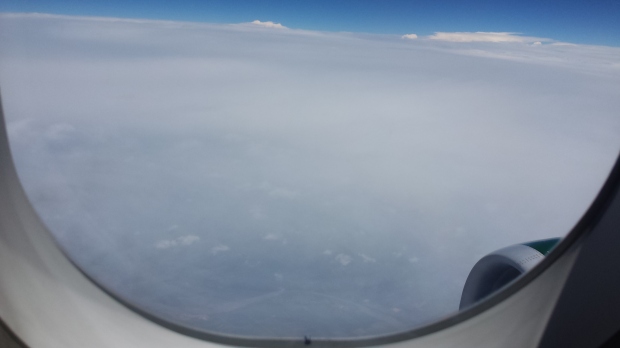 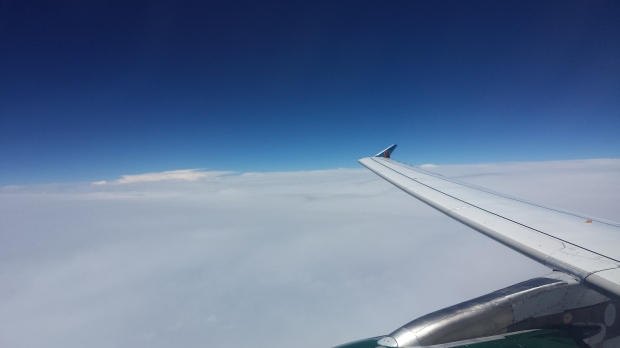 I am not sure when it happened but somehow I became lost in the beauty outside the plane and I completely forgot that I am scared to fly AND…I stayed in the window seat for the rest of the flight!  There was something about seeing the world from up in the air that just left me in awe of just how great God is.

I mean like how wow is it that the sky and earth just seem to go on forever and ever.

The different configurations of clouds

The way the land goes on and on with ever changing landscapes. 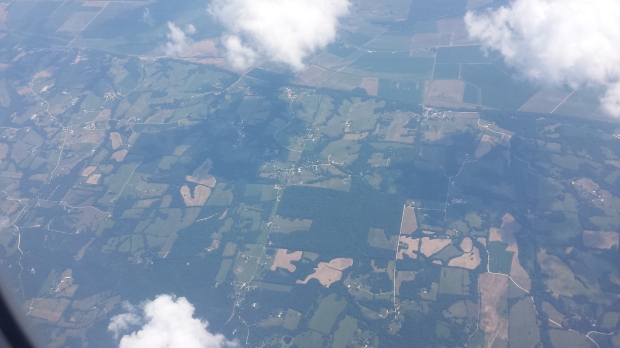 It’s just so magnificent the way the clouds are puffier above them then below them. 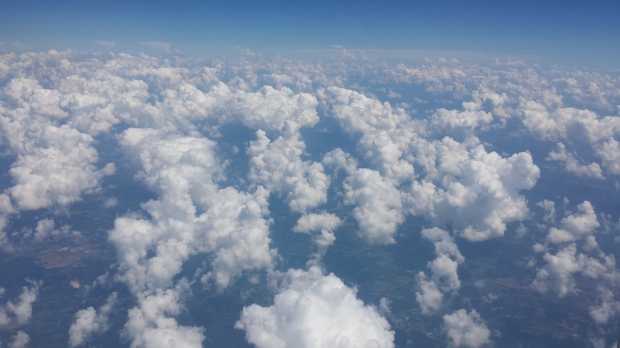 Something about what I saw from the window of the plane felt so freeing.

I had already had a weekend of soul searching and this flight home was like the icing on the cake. It was like God was speaking to me and saying, “why do you continually worry and try to control things? Why do you continue to let scars from the past reopen? Those old things can not hurt you anymore. You have got to move forward and quit looking backwards!

If God is big enough to have this huge huge world under control why would I not think that he had my teeny tiny life under control?

“Look out the window! I have all of this under control!” 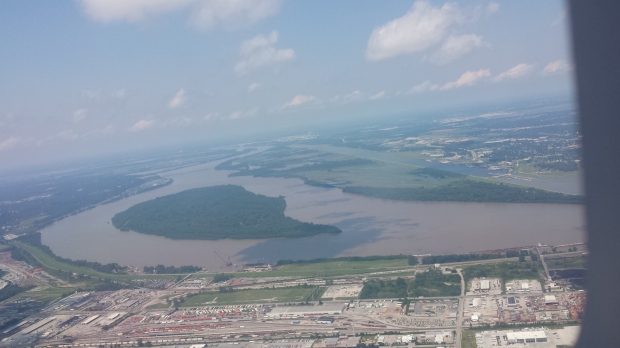 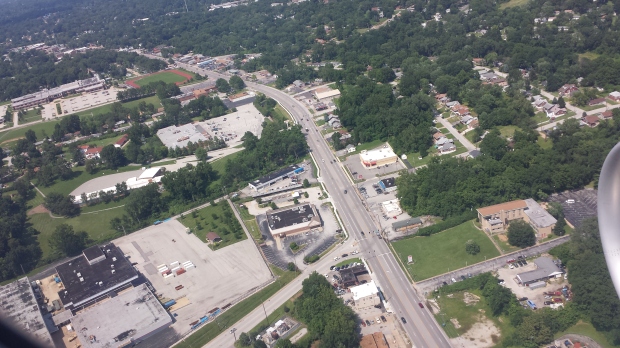 I even stayed in the window seat and watched all the way through the landing! Wow! God always amazes me!

I took you from the ends of the earth,
from its farthest corners I called you.
I said, ‘You are my servant’;
I have chosen you and have not rejected you.
So do not fear, for I am with you;
do not be dismayed, for I am your God.
I will strengthen you and help you;
I will uphold you with my righteous right hand. ~ Isaiah 41:9-10

18 thoughts on “Sitting in the Window Seat”