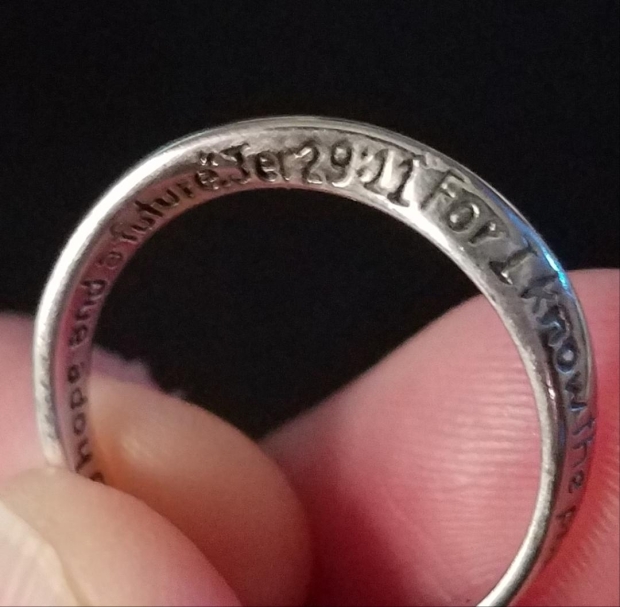 A couple of weeks ago I was standing at the bathroom sink brushing my teeth when suddenly I heard this gurgling noise coming from the toilet.

It didn’t sound like a good sound and as I lifted to lid to investigate I realized that I was correct. The water in the bowl was bubbling and rising quickly to the top.  I turned off the faucet at the sink but the toilet continued to bubble up. I ran for a plunger and began yelling for my husband to come help save the bathroom from what I knew was most likely going to be a flood.

We were able to save the bathroom but after a lot of effort to unclog it, my husband realized that it was not gonna happen so he was going to have to call a plumber. Later that day the plumber came and spent 2 hours at our house unclogging the pipes.

I was standing at the sink brushing my teeth when….

You guessed it! REPEAT of two weeks ago happened again!

Seriously??   I have been brushing my teeth all my life and have never seen a sink cause a toilet to overflow!…and now this was 2 times in 2 weeks!

My Husband came to the rescue again

He tried everything AGAIN

He called the Plumber AGAIN

But this time the plumber’s magic plumbing tools didn’t work. After about 2 hours of slinging nasty water all over my bathroom and hallway, the plumber said he couldn’t fix it and said he was going to have to call his boss who I guess must be his plumber…???

BTW who do plumbers call when they need a plumber??

Later that day the boss plumber came with some fancy water-jet-blaster-truck which sprayed from the outside of the house in…Ya… this story just keeps getting messier and messier! By the time he was finished I had to declare the bathroom as a hazardous waste contamination area (just my sarcasm but it sure felt like it) and there was a lovely pile of what looked like brown paper mache’ all over the basement floor. Gag… barf…  😦

That may sound like the worst of it but nope… the worst news of all is that the boss plumber put a camera in our pipes to see if he could find the problem and it was a big one. We live in a very old house and the verdict is that the pipes in our house are so old that they have disintegrated in places causing nothing to be able to get through.

Ugh! This was really ‘crappy’ news. But the good news was that he was able to unclog pipes BUT unfortunately, it is only a matter of time until they are clogged again so we have to replace them ASAP.

The night of the clog I had a class at church and then the next day I had to work so my husband was the one who had to clean up most of the mess. While I was at work I kept thinking about the mess in the house and starting to self-doubt as to if we are doing the right thing by moving here… etc.. etc… etc…

When I arrived home my husband met me outside with a huge grin on his face and said, “look at what I found while sweeping up in the basement?” Then he placed a silver ring in my hand.

I recognized it! This was my ring I had lost 7 years ago!

The story of the ring – The house we live in used to belong to my husband’s parents and not long before his mother passed away I lost my ring at her house. I thought I had lost it in the bathroom but I had searched every inch of it and never find it. What I didn’t realize at the time was that it must have dropped down the drain or into the toilet.  Now 7 years later my husband had found it in that mountain of yuk in the basement.

This may not sound like such a big deal to most people but to me, this is huge… and not like you would think. This is not an expensive ring but what was written on it was worth more to me than you can imagine.

It’s a twisted band and there is a message engraved on it. – “For I know the plans I have for you,” declares the Lord, “plans to prosper you and not to harm you, plans to give you hope and a future.” Jeremiah 29:11

My husband and I had prayed a whole lot about the move to this house before we did it.  We both knew that moving here was what God wanted us to do.  It has been a lot of work getting here but also at the same time it has been fun and very rewarding to see how things have been coming out. We’ve had a few unexpected problems along the way but each one has turned out great and we really love living here. This house has felt like home to both of us since the moment we moved in.

I know that this life we are living is God’s plan and sometimes its hard to see the outcome of his plan when you are right in the middle of it.  But now (thanks to the reminder) I remember that as long this is God’s plan it will turn out good… because God is really really good ❤

“For I know the plans I have for you,” declares the Lord, “plans to prosper you and not to harm you, plans to give you hope and a future.” Jeremiah 29:11